1 Simple Step to turn around Execution

I recall working with an important leadership team 2 years ago as they grappled with the start of the digital transformation that has consumed them and many other businesses over the past few years. The global initiative was a new e-commerce platform to boost the sales, aid the supply chain and accelerate the payment process. They were chosen as a launch country. The MD was a very strong operational leader, and he was excited by this challenge to significantly change the way the business dealt with the flow of operations from materials through to product and onto the customer.

However, the head of sales was concerned. It was time for a change and some of the old way of relationship selling would be replaced. Customers would go elsewhere. She had heard this first hand herself.

The MD was firm on his instructions: “we have to get this in place as a team within 5 months without any loss of revenue or margin.” There were timelines, project plans and trainings to meet the goal. There was a sense of urgency and the battle cries to rally the team behind the mission. There were bonuses at risk. Each functional head would carry responsibility.

This was their automatic execution approach of getting things done. Top-down directives; frequent monitoring; a dose of urgency, a repetitious message with one approach, a double pinch of fear, and a dangling carrot…Sound familiar?

Three (03) months in and the project was stalling. Customers were not engaging and sales were going down. Operational changes were not aligned with the sales strategy. Stress was building and what had been an exciting and bright future was turning into a heavy cloud. The carrots carried little enticement in the face of the failure.

I remember a team session that I joined and observed that the frustration of the MD was very evident and so was the emotion of Head of Sales.

What happened next was a critical turning point. After a discussion over lunch, the MD chose a different approach. He invited the sales leader to talk through her concerns with him privately, away from the senior team (her peers). He also suggested she may wish to dial in a key member of her team. I watched him deliver this message and it was clear that he was shifting his approach. We had talked about it during lunch. He knew she was a loyal member of the team and her resistance must have some reasons. This was a turning point and the start of a new strategic execution approach.

It turned out her team was very concerned with the job security, and she was concerned about losing her team. They could not go out and talk convincingly about the new process to the customers, as they themselves didn’t want to believe in the same. This concern had to be addressed and it was. Within 9 months, the transformation was completed and a new execution pathway had been tested.

TheMD had found a new ingredient for successful execution and this was adopting an internal coaching style to sit alongside the old directive approach.  This required the greater flexibility of leadership style, as he had to let go of the urgency for a moment, and instead, tune into what the concerns were.

The real genius in getting successful execution was not the milestones and updates but the attempt to listen, empathize and resolve the problem. This adaptation in leadership style was critical to overcoming a hurdle.

Like so many activities in corporate life, the approach to executing strategy can become automatic. Perhaps it is what old hands call “common sense”. And yet what is “sensible” needs to change in response to a changing business context.

We invite you to consider how your team goes about strategic execution by considering these key questions: 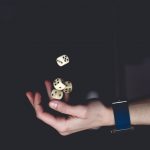 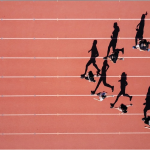