In a past life, I was a rugby referee. I did this for around a decade rising high enough to officiate in International games. I had the pleasure of officiating in games featuring Emerging Wallabies; American Eagles, England, Scotland, the champion NZ All Blacks and the mighty British Lions. This experience gifted me with a first-hand observation of high performance.  One thing I observed is the ability of exceptional talent to hold concurrently the most intense competitive spirit with an unquestionable commitment to the collective. Of course in the team sport, collaboration it is a clear role requirement, and structurally reinforced into the game. My involvement in rugby was in the amateur era and I wonder if one of the challenges in the professional times, is how coaches and management can continue to create and keep this balance.

Now could you have a team of 15 highly competitive and skilled rugby players in one team focusing intensely on their own performance rather than the collective? Yes – that happens a lot at lower ages. I observed that this internal competition without the collective commitment results in both reduced team & individual performance.

What could corporate teams learn from this?

The science today would point to a sustained business performance being driven by an ability to hold the possible contradictions of both a competitive spirit with collaboration. After all, we are genetically designed for both. The right dose of competitiveness delivers energy, focus and momentum. However, an overdose of the same shifts the focus from performance to power and identity protection (ego).  Collaboration is the counterbalance. It activates social circuitry in the brain and we can find ourselves more often using our prefrontal cortex in a creative way to reframe what is possible. Sustained collaboration can help establish a psychologically safe space where we can settle into “flow”.

Rugby brings a physicality that requires exceptional levels of competitiveness. When facing off with a physical challenge, our brains will naturally kick into a fight, flight or freeze response.  We want our best athletes to naturally be wired to fight. We also want them to be able to channel that energy within the rules of the game and that is part of the collaboration.  My observation from the neutral position of a referee was that that top-level rugby success required an accountability to the team beyond self. It required an exception fighting spirit, with an absolute belief in the collective as a more important entity than yourself.  And in this way, this counterbalance works to produce an exceptional performance. Of course, there are other factors such as exquisite levels of skills and perfectly nuanced “game sense”.

Now business is not a team sport. However, the science of human performance can be acquired through observation and adaptation from multiple arenas. Business has much longer time frames and requires much more sustained ambition.  Winning is less clearly defined. There is no physical confrontation. However, there are regular games played out, and daily challenges often from unexpected places. And there are times when business leaders need to fight, and perhaps it would be much more powerful if they do it with the collective mind.

I invite you to consider the following key questions: 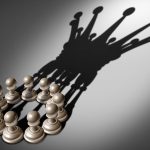 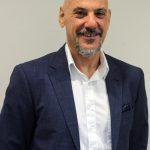 One thought on “High Performance: Part 1”