Careers in the New World

Whilst many corporate leaders are doing their best to turn around businesses with innovation and  even the odd bold pivot, we are also entering a time of significant organisational restructure and downsizing. A large number of jobs are being lost and careers are having to be re imagined. And along with this is a huge structural change taking place in the nature of careers. Executives and middle managers losing their jobs now, may find this next career transition to be very different. The old paradigms about surfacing a new role may no longer be as useful.

We have been carefully observing these structural changes, and have made important changes to the focus and practice of our career advisory work, which is now based around these new realities. We work with some of the old stuff ( Yes – career purposing and messaging is still important). However a great deal of our time is now focused on:

Lets talk about a few of these:

Michael was like most of us. Work took up a large part of his life. He had worked in 6 different financial institutions including some global banks and also a relatively new fintech venture. His hours were 8am until 7pm most days and add at least a couple of hours over the weekend. This meant he saw a lot more of his colleagues than his children. That is the way it is. At 49 he had stopped being a technical expert quite some years ago, although he enjoyed keeping his hand in some simple trading. He confided to me that there were parts of him hidden behind the work mask, and from years of hiding he now felt he had lost sense of the real Michael . He knew he was not bringing all his full potential to either work or home and was living maybe 60% of his life . And yet despite the sacrifices, he was facing into another career pivot, as the fintech was struggling to penetrate the market.

At our 2nd session, when I asked Michael to rate his own resilience, he looked perplexed. He pushed out a coy laugh and asked with a smirk, “are you worried about me?”. I took this opportunity to draw a tree including the roots. I commented that a large and old tree is a great metaphor for a successful career.

There are many parts of this metaphor, but importantly there are 3 that I
discussed with Michael:

We suggested to Michael that we follow the metaphor of the old tree and focus on:

Michael was hesitant at first, however, as we worked with his ability to bounce back from a set back, and to build a stronger authentic sense of his own capabilities, he realised that this personal resilience (or “Presence” if you prefer) was fundamental to success in a more volatile world. He also realised that to be truly resilient he needed all of himself to be present, rather than having parts of him hidden behind  a “work“ mask.

We also attended to the critical issue of accelerated development and found 2 important short courses for him to attend on innovation and digital basics. It was only having addressed these fundamental sustainable aspects of his career self that we started to look at the specific career portfolio options.

One of the emerging characteristics of careers in the new world is the capacity to hold a portfolio of roles. The notion of portfolios as risk mitigation is well established in finance and investment and could be applied to career management going forward. In some ways this clashes up against the old mindset that everyone had a core expertise. In the new world you may need 3 core expert areas. And this may start to apply to full time roles not just gig economy roles.

So how healthy is your tree? 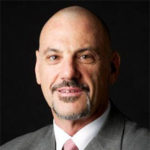 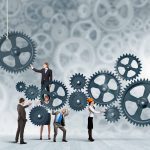